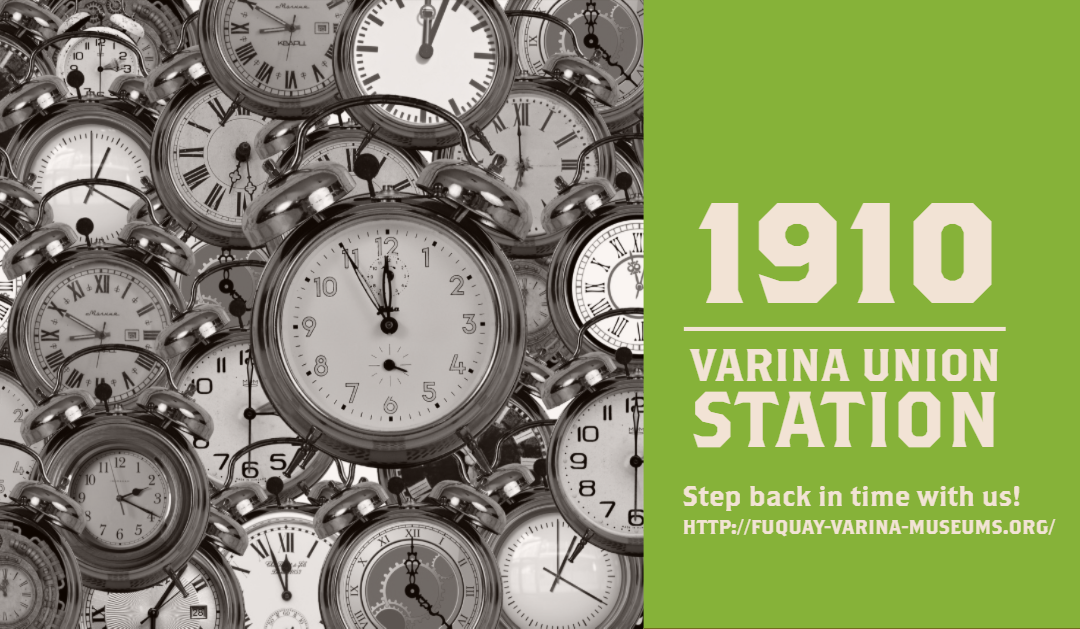 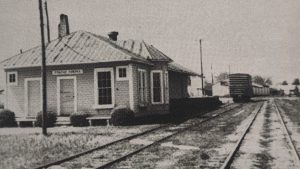 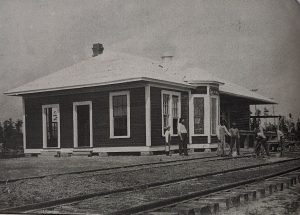 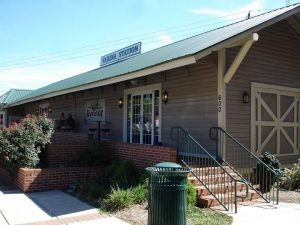 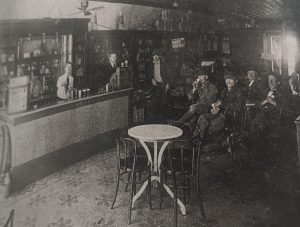 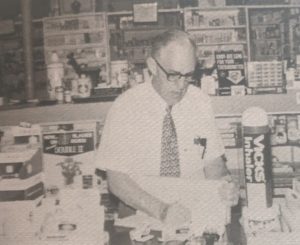 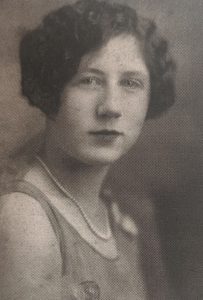 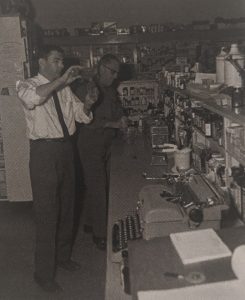 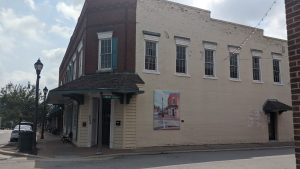 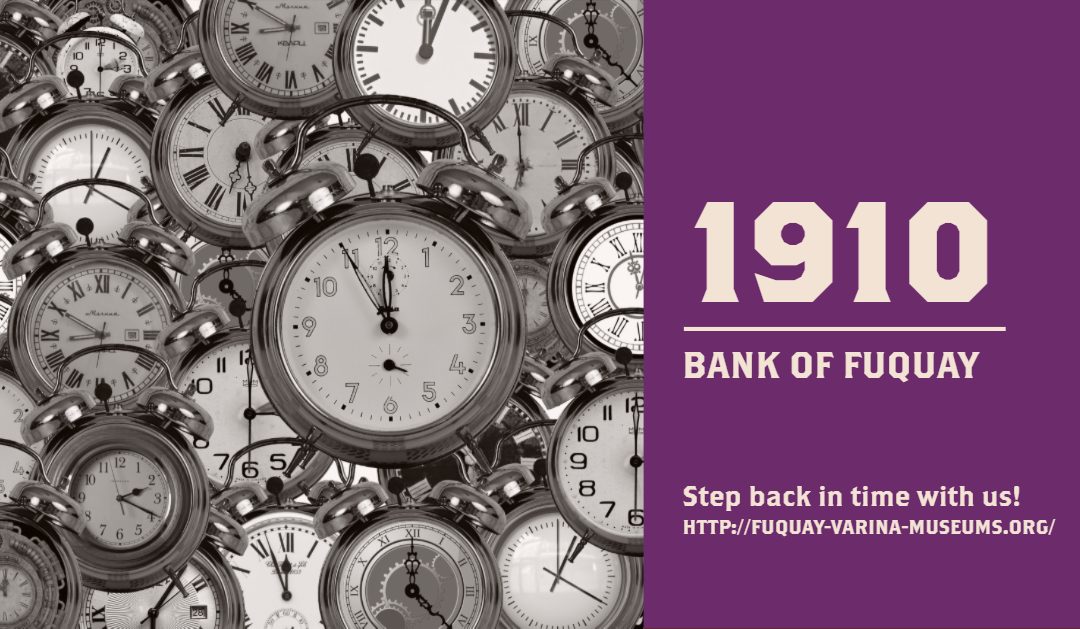 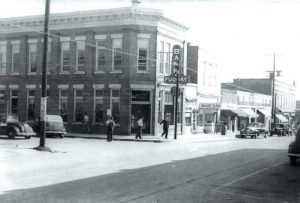 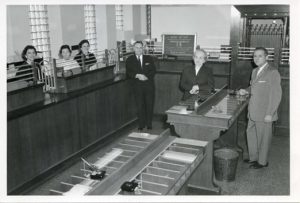 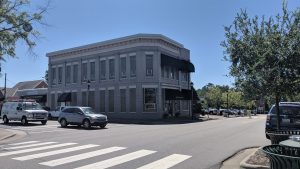 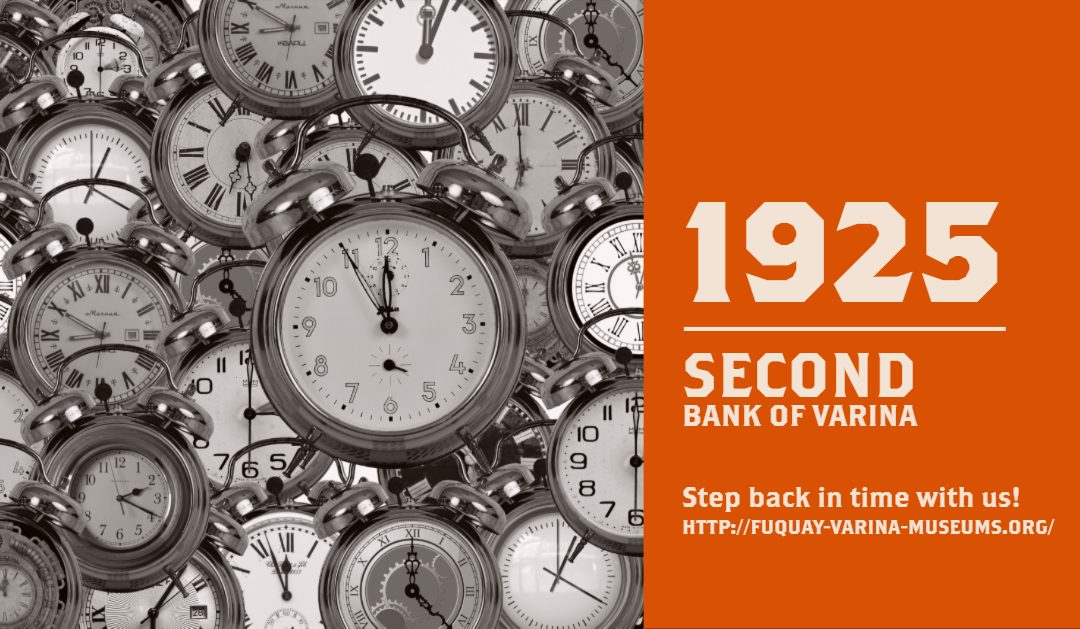 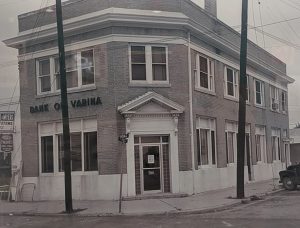 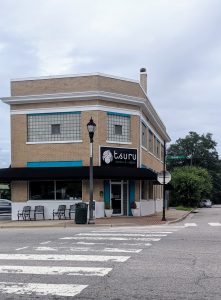 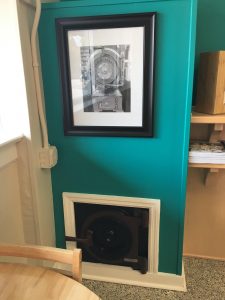 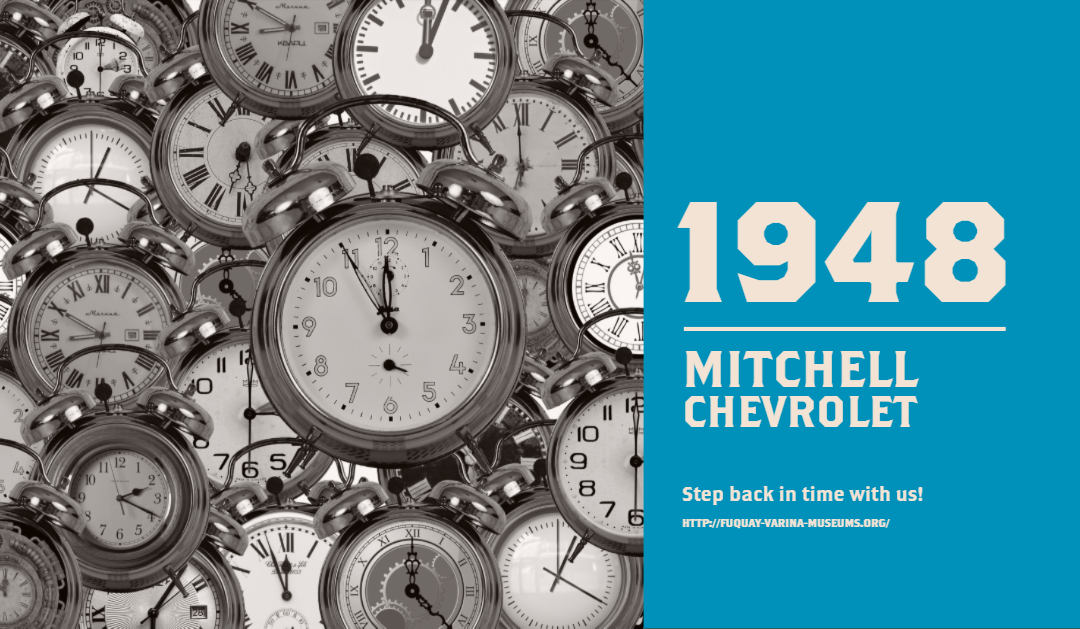 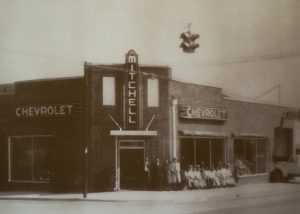 Mitchell Chevrolet, founded in 1934 by J.M. Mitchell, moved to this new location in 1946, featuring a modern showroom and garage. Sons Buford and Wallace Mitchell continued to operate the family business until it was sold in 1993. Mitchell Chevrolet employees sit for a group photo in the picture above. Joseph ‘Mac’ Mitchell’s sons Buford and Wallace worked here for their father as boys and later after returning from the Korean Conflict. They recall some of the subjects of this photo to be (L to R), (unknown), Joseph ‘Mac’ Mitchell, Ethelene Stewart, Ray Hare, Paul Smith, Robert Tingen, Robert and Ray Steed and ‘Red’ Everette Smith. No doubt, mainstays Romy Burt Sr. and Clay Wilson are two of the subjects in this photo. 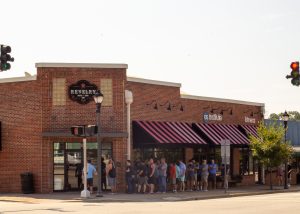 Revelry Barber & Shave Shop’s customers line up outside for a haircut in the same fashion Mitchell Chevrolet employees did in the photograph above! Revelry, Original Strength Institute, Greater Than, and Jebb Graff occupy the building today. Some of the Mitchell Building’s history is showcased in the side entrance. We invite you to explore this building’s history and visit these businesses Downtown! Head to the Fuquay-Varina Museums to learn more about the history of Downtown!